I have also added the photos individually below, keep scrolling down 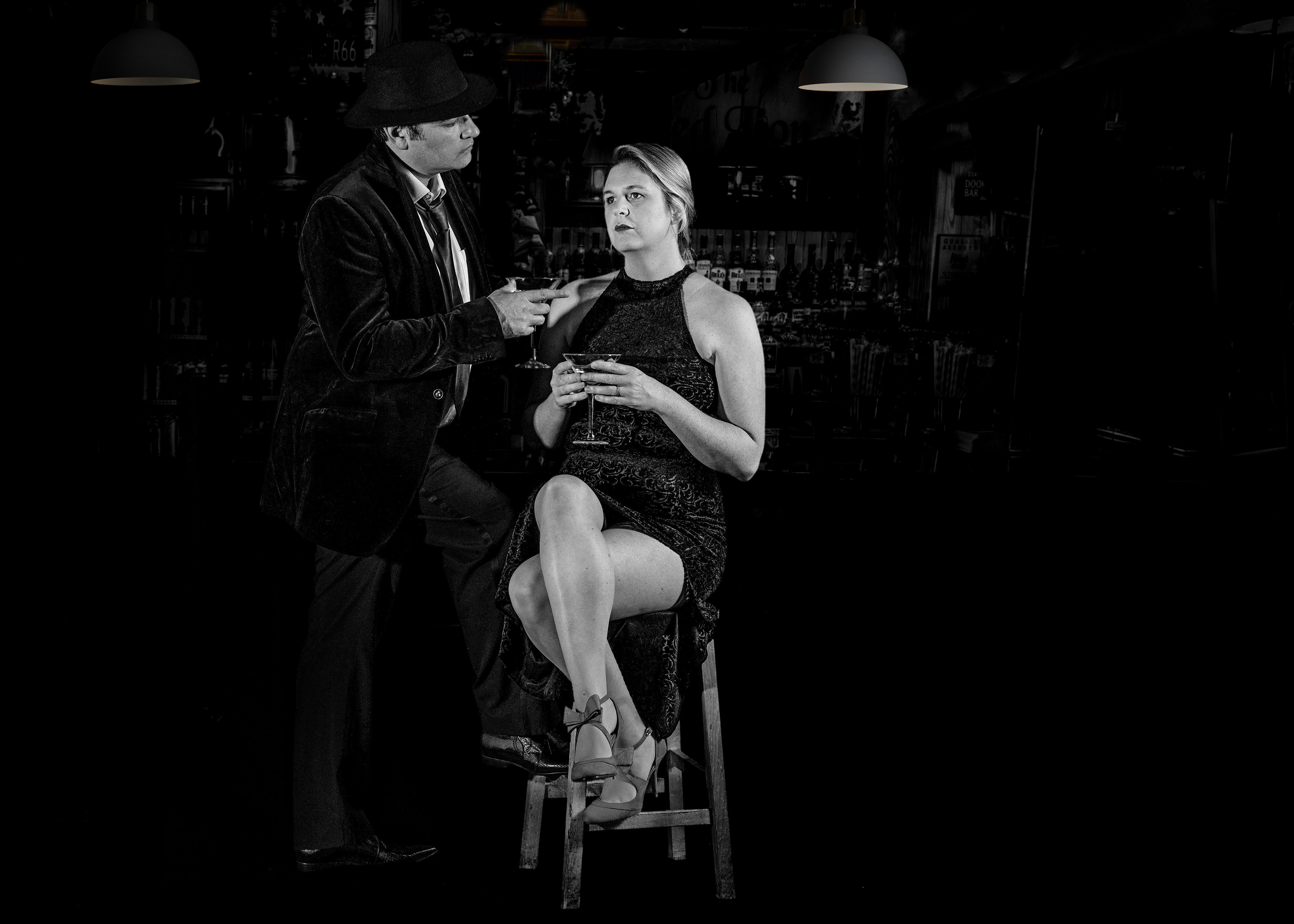 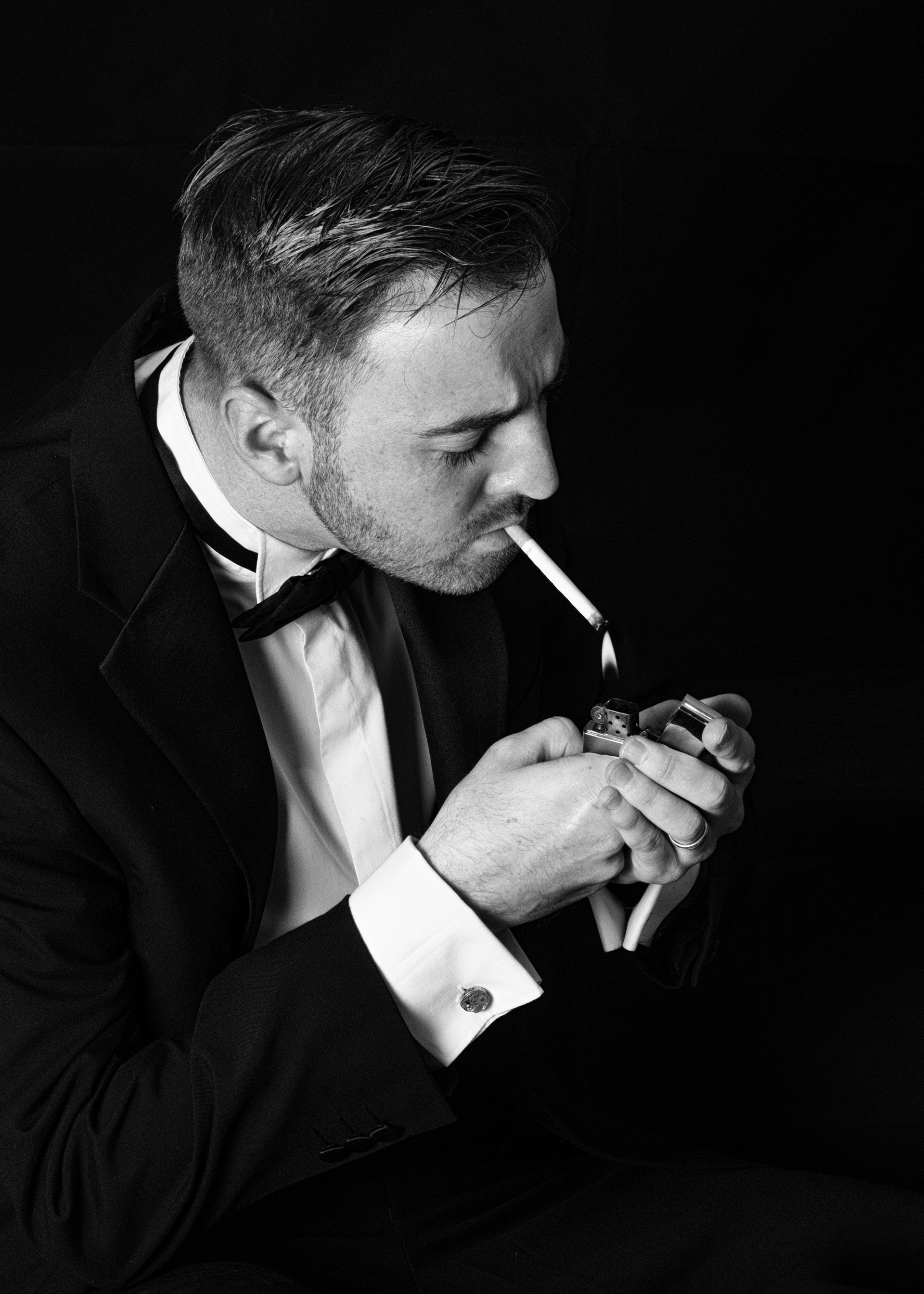 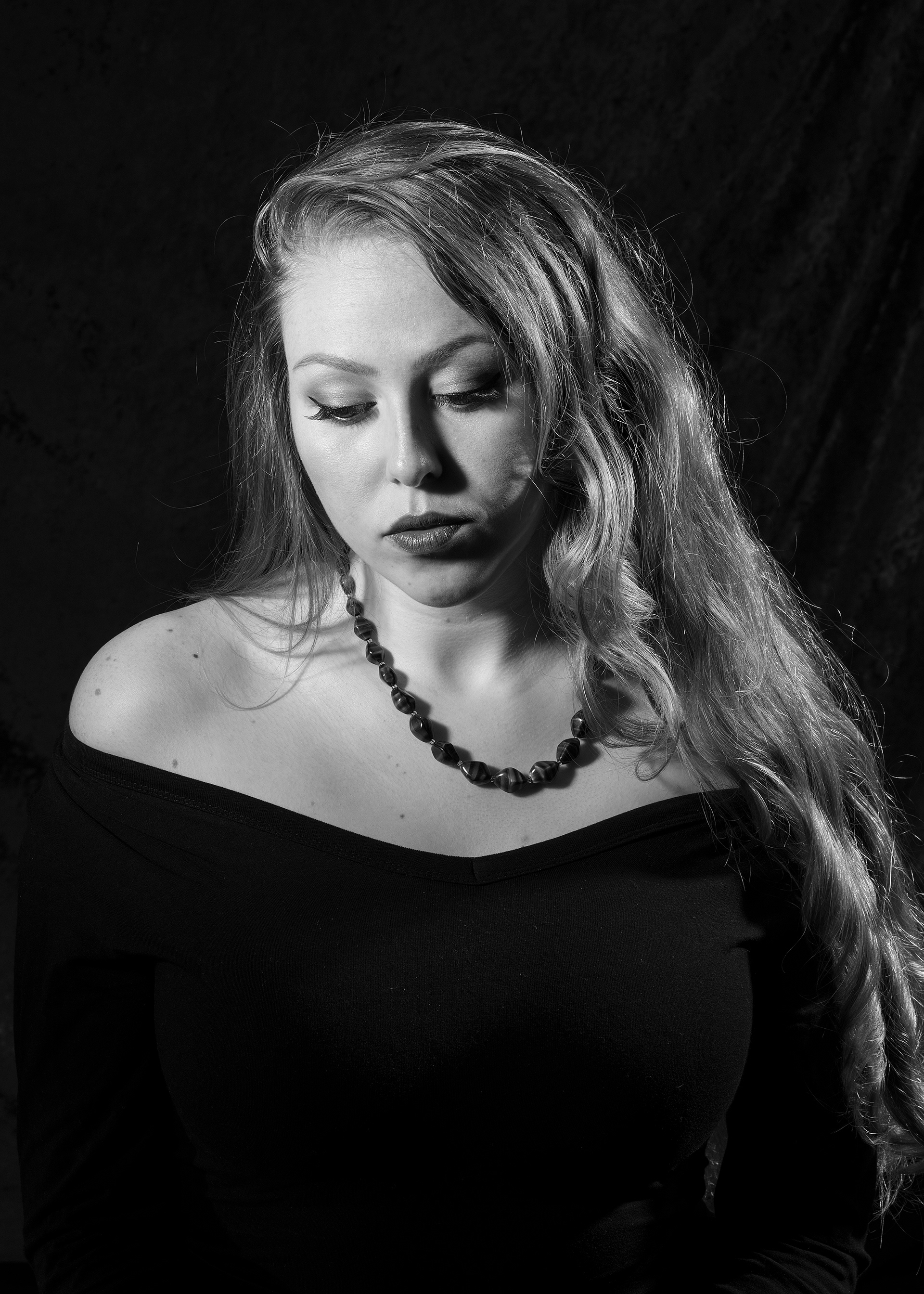 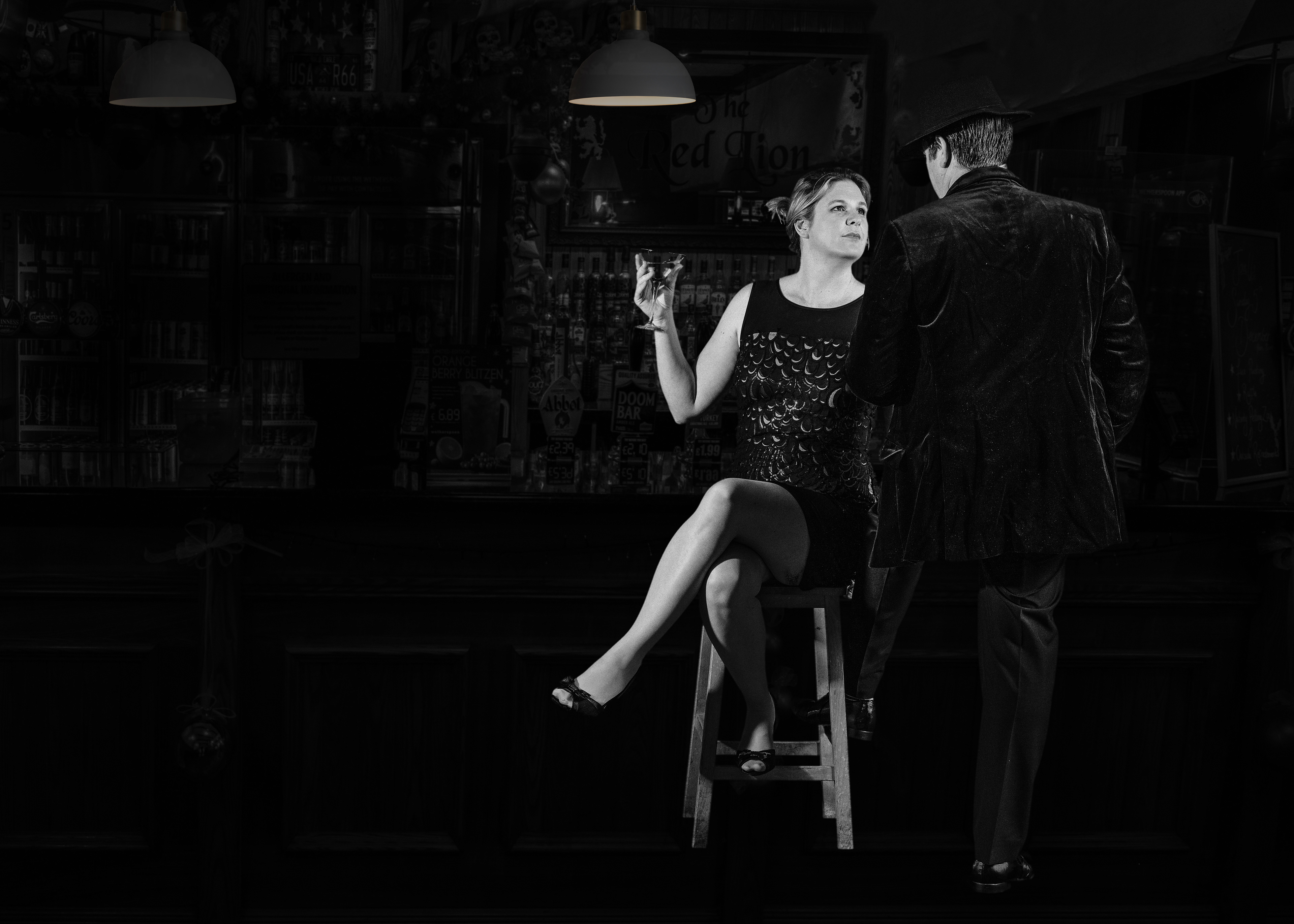 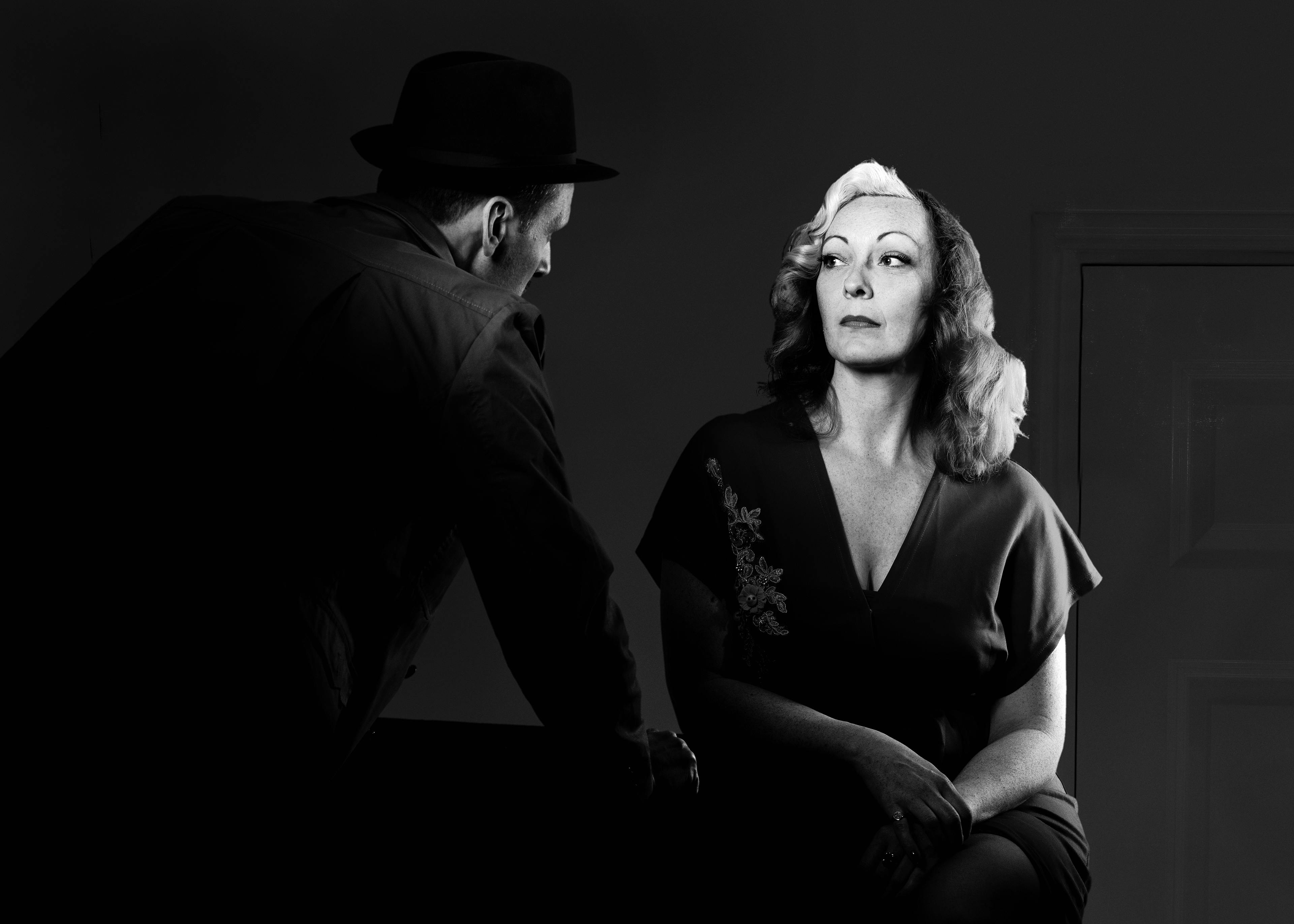 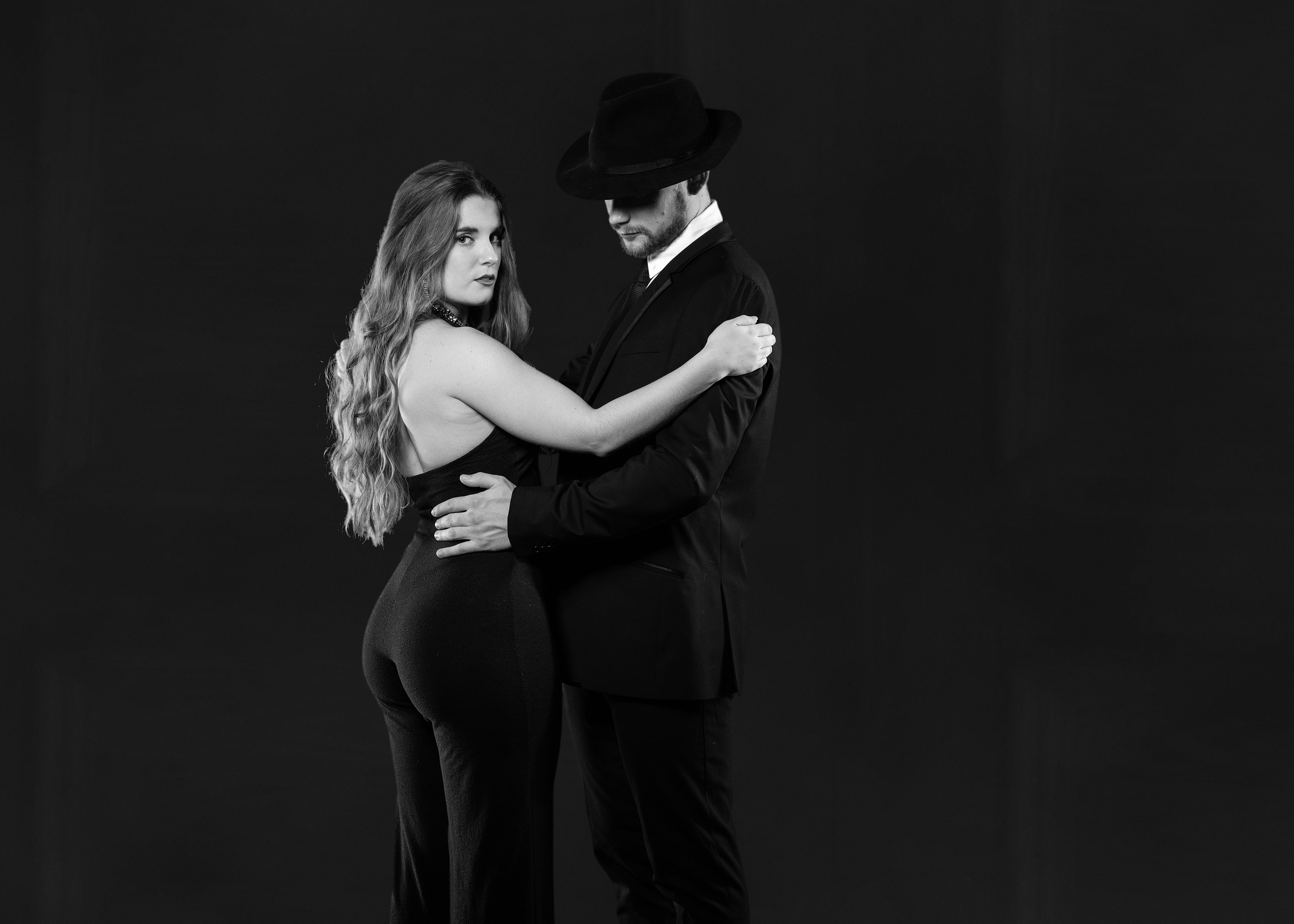 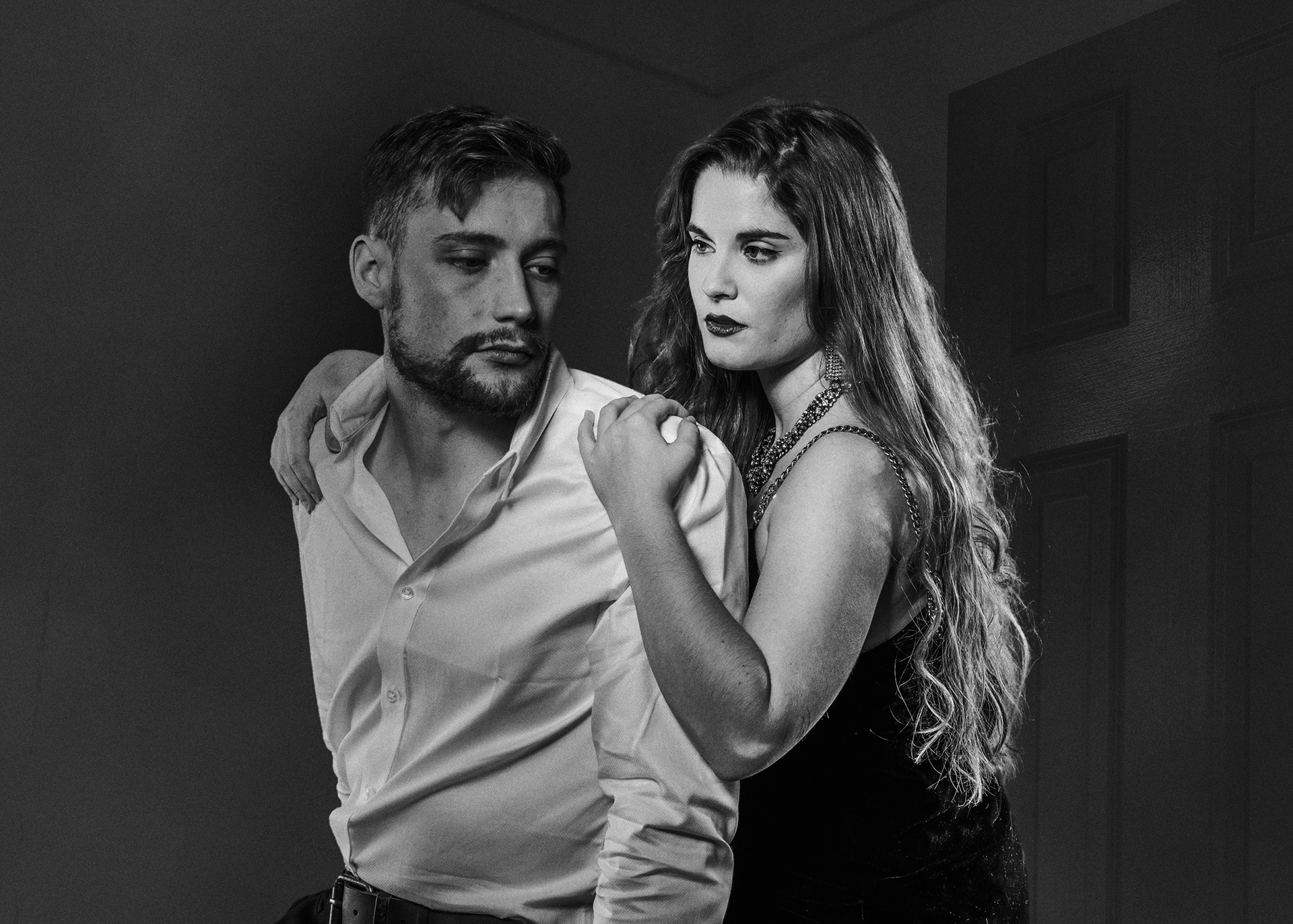 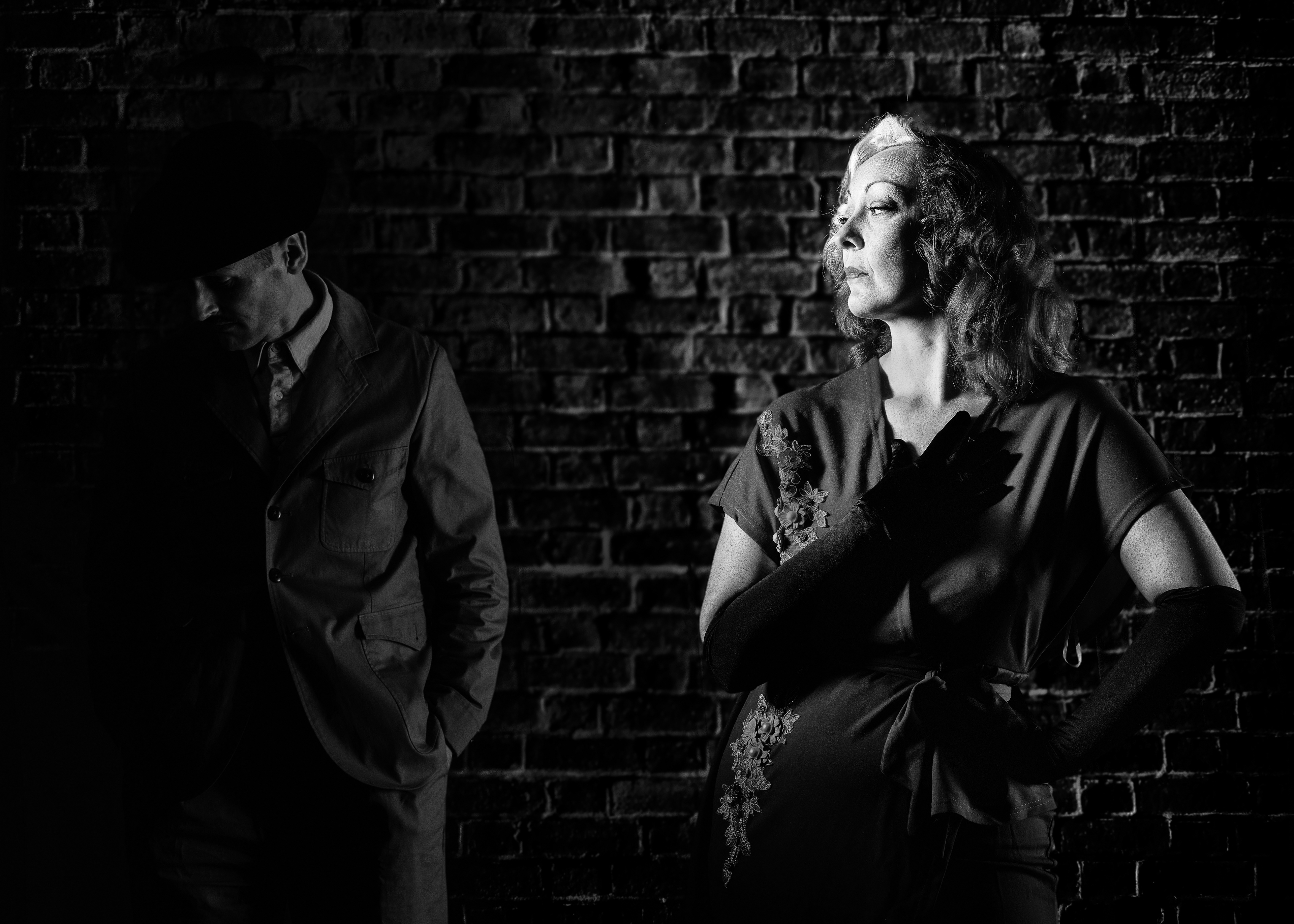 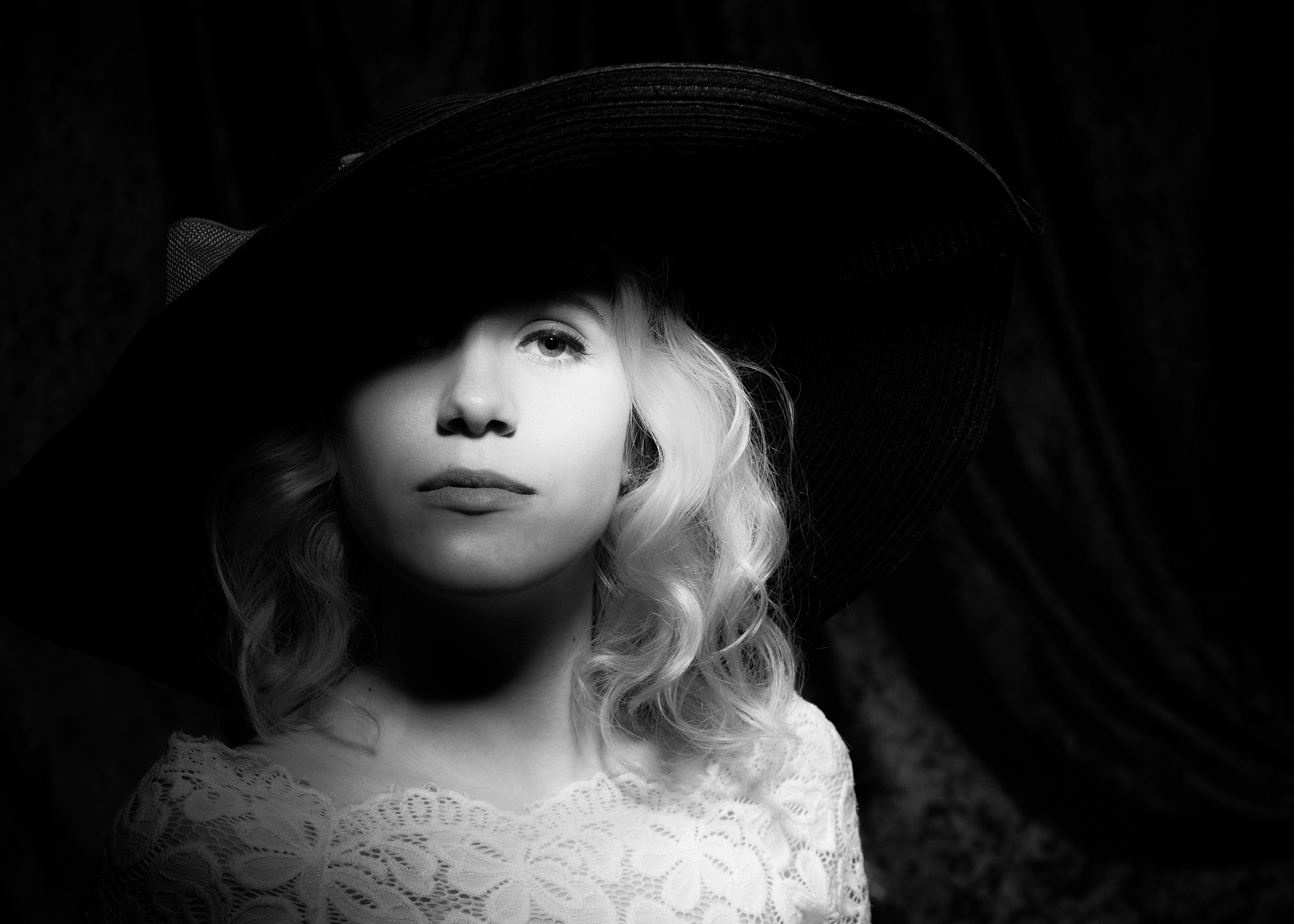 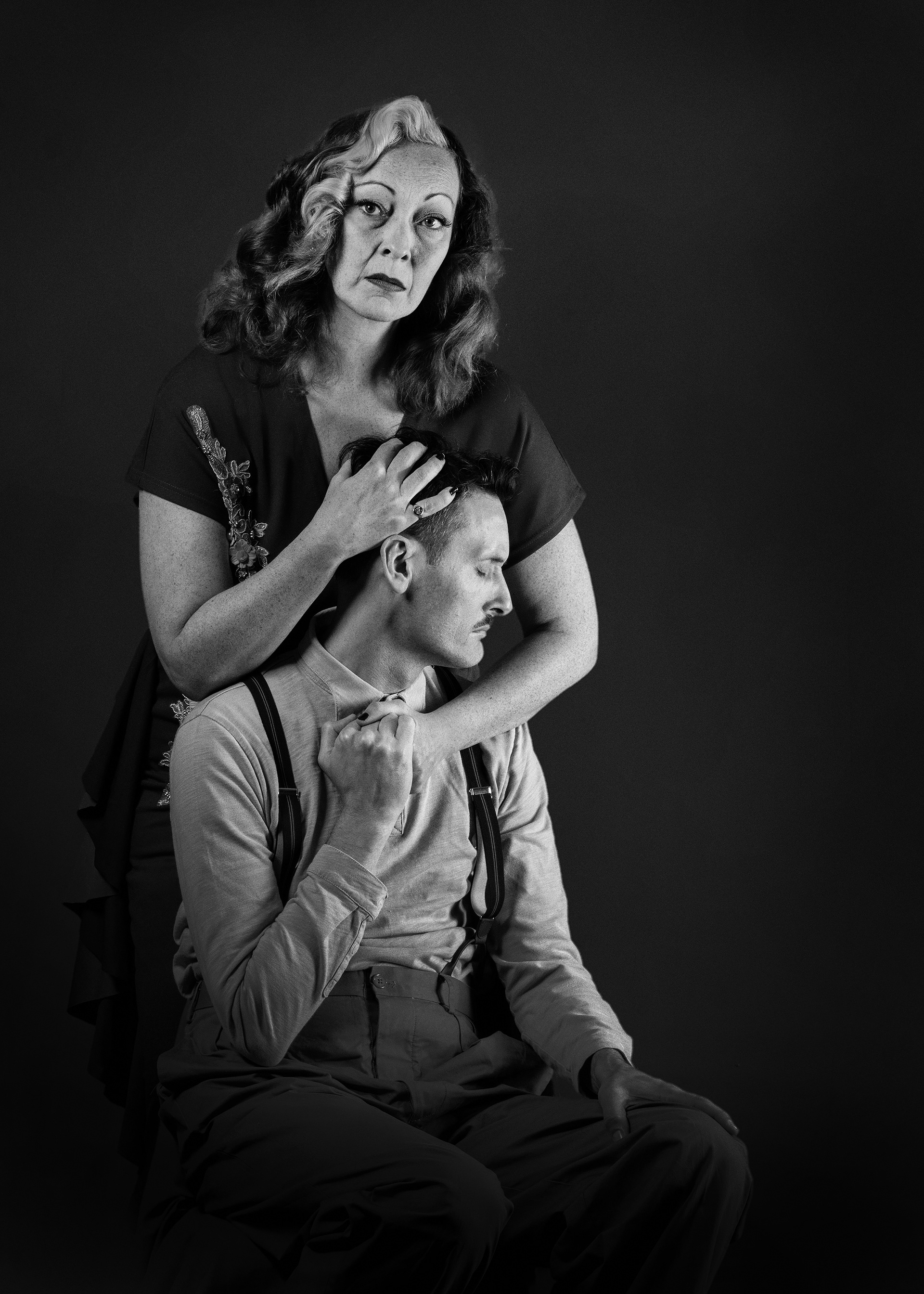 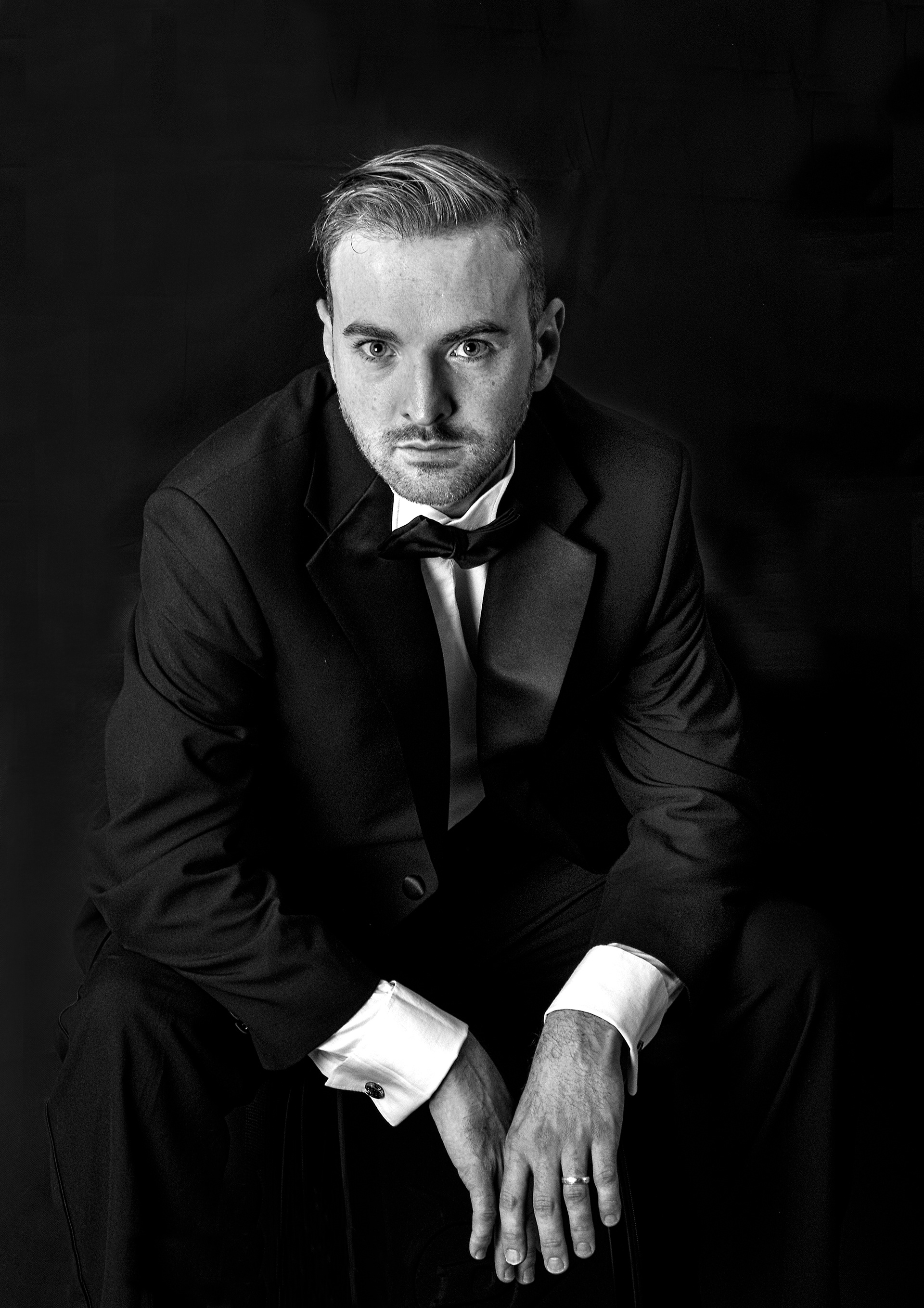 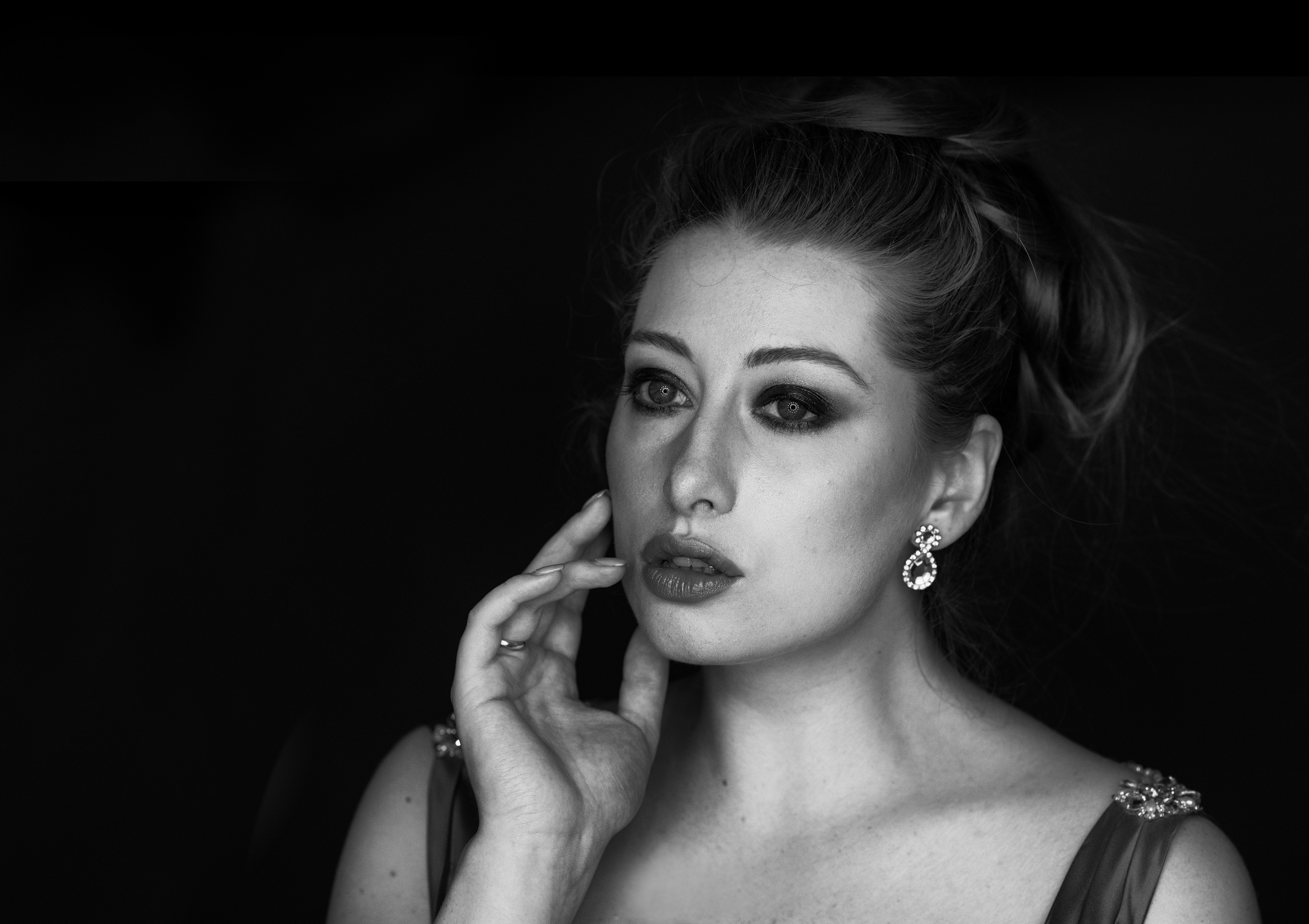 I have also added the photos individually below, keep scrolling down
Ian Crowson
Personal ID Z8679934
Course Code TZFM201-21K
Assessment No. 30
1. Statement of Intent
Noir Style Portraits
My aim was to create a series of photographs depicting my models in the lighting style of the Hollywood studios of the 1940/50s. I wanted to portray sexual attractiveness and glamour in my models dress, hair and makeup.
I wanted to create a sense of intrigue.
My lighting was influenced by the period’s film noir style. The expressions and scenes leave the viewer with an open narrative to question”what’s  going on here?” Emphasis was put on the lighting to create a chiaroscuro effect where the light and dark contrast adds to the sense of good and bad of the character in the picture.
My influences included a number of cinematographic noir films and actors Influencing photographers include vintage George Hurrell and contemporary Peter Lindbergh. Contemporary artists William Haenraets and Fabian Perez.
I have also added the photos individually below, keep scrolling down
2.
My panel of 12 is based on images I have made during the ten weeks and also some previously. The lighting used is in the 1940/50s Film Noir/Hollywood Glamour style. Each photograph was planned ahead. Before each shoot I had a clear concept of the images I aimed to create. I researched period images and created mood boards. The mood boards helped me to convey ideas to my models
I made the images in my studio using my Elinchrom D flash equipment. I used various modifiers including barn doors, snoot and a fresnel lens. Also the usual soft boxes and a beauty dish.  They were captured on my Nikons D810 & Z7 2 with Nikkor 85mm portrait lenses. I used a Cam Ranger to tether my camera to my notebook in order to review each shot as the shoot progressed. This enabled slight adjustments to the models pose or lighting.
I shot all 12 in RAW and processed them in ACR and Photoshop. BW conversion was with Silver Efex. Some photos were shot in front of a green screen with the background added with Green Screen Wizard. I photographed and created the backgrounds as required to suit the Film Noir theme and scenes.
My interest in BW photography started as a child in my Father’s darkroom. As a teenager I built up a darkroom, BW was the norm and it grew with me. I have continued using film, although digital is my main choice.
I discovered portrait photography as a young man. Over the years I used BW film to capture thousands of images of family, friends, acquaintances and just people in the street. Everything from glamour to character images. Recently digital photography lead me into colour portraits of people and flowers. The ease of making images and the immediacy of seeing results increased my competency with studio speed lights.
Nostalgia for the BW cinema of my youth coupled with an attraction of the glamour of Hollywood led me into the style of portraits and scene setting in this style. I am now partially retired and able spend time and money on fulfilling my consuming interest.
3.
I firstly check for technical aspects, focus, burnt high lights and hidden shadows. I consider whether any of these could be deliberate to create a visual affect.
If the aim of the photo seems to be more technical, say showing the design of a building I would check for verticals.
I look at what the photographer and photo is saying, does it have a message or tell a story? Is it pleasing to the eye. Is it meant to convey a political or social message?
During the course I told one person his vertical were leaning. I told one person that one of her photos did not fit the theme set by the other five.
I also told another person a mixture of BW and colours images was not, in my opinion, suitable.

Note:
Behance will not display metadata on composite photos. Some of the images below are composite. The main photos in these composite images were taken with studio flash at ISO200 1/200th sec and around f8. Flash output adjusted to exposure required.

The End Of An Era

Aerial Gallery
↑Back to Top